- pick up memories in the order they appear

- be sure to get the final memory on the roof after picking up everything from the house. if you hit the grey/white hallway without the rest of the memories, you've gone too far, as there's no exit besides the ending on the roof.

thanks for playing. this is less of a game, more of a short story. it's also the first game i've made in bitsy, so it's not super advanced or great, but here it is.

reposting from the jam page because people are more likely to read it here.

i'm glad that y'all liked the game. i put a lot of thought into it, and i based it on my personal experiences (this is the part where i emphasize that my parents accept me, they're just a little uninformed at times) and the experiences i've heard of in the community, so to hear that it rung true with a lot of people, including those who aren't aro, is equal parts relieving and depressing. but as mistodon said, doubt really is an important part of learning about your identity. sometimes you just gotta accept that you don't know all of yourself and have fun with the parts you suspect. and if you're wrong, to err is human, you know?

i'm also kind of shocked at how well it was received. i frequent a website that really, really hates us (or at least doesn't take us seriously; effect's the same), and i used a throwaway and everything because i thought i was in for some backlash. being received with open arms was great. thank you all for being so welcoming.

i really enjoyed playing this game, visually it was really nice, the color change at the end was great. thank you for sharing your story and talking about uncertainty.

i'm glad you liked it! thanks for playing. 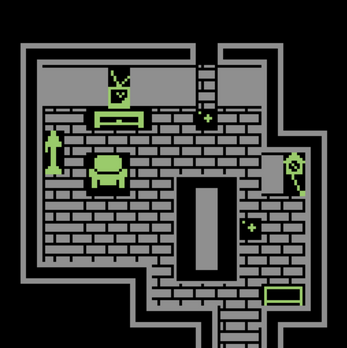